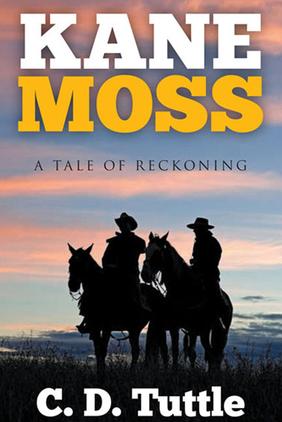 Content copyright 2021.  C. D. Tuttle.  Photos, background and others, by Elizabeth Cardozo.  Kane Moss cover by Xlibris. The Other Side of Creation cover by R. L. Sather of SelfPubBookCovers.com. All rights reserved. 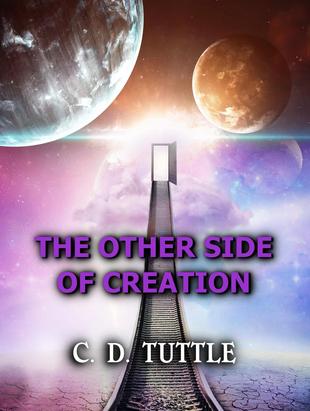 Available in E-Book Format at ​https://www.smashwords.com/books/view/929475

"The Other Side of Creation"

​Will Caylen is under hospice care and dying of age-related problems. He has had a long life of scientific research into the origins of mankind. He was not a particularly religious man and not sure he believed in a heaven or hell. When death finally took him, he found himself in a metamorphosed state, floating in the heavens among the stars. His wife, who had long passed, was there as was all his deceased relatives and friends. Because of their religious beliefs they thought they had died and gone to heaven. Will, on the other hand, thought it strange. His scientific mind would not let him accept the idea of a soul or spirit that ascended to heaven to live for eternity in peace and happiness. His mind was way too active. If this was all there was to eternity then it was going to be a boring ride. Will needed challenge and a reason to exist. Unable to hang with his deceased family members communing about their time on earth Will began to wonder about on his own. While doing so, he discovers an ancient race of beings that had been trapped in our universe for billions of years. They had arrived by an accident of their own making. Trapped in our universe and unable to leave the dark bubble, that was composed of the atmosphere of their own universe, they set a plan in motion. They needed an intelligent being made of the universe they were trapped in. A being that could aid them in returning to their own parallel universe they call 'the other side of creation'. When Will wondered by they knew, at last, they had found the one being that could help them. Their plan had been a gamble. They had watched many humans come and go, but none showed the attributes that their mission required, that is, until Will Caylen wondered by. Through their power he would be returned to earth to carry out their quest.

"Kane Moss, A Tale of Reckoning" is a portal into the old west and their extreme ways of life. It is a tale of courage, strength of spirit and survival that speaks volumes about how nature shapes the values and laws of a culture.

Residents of the frontier town of Snowy Point, Wyoming Territory are no strangers to hardship and they’ve had their whole lives to get used to the inevitable challenges of the rugged mountains, harsh weather, and constant isolation. But they’ve also learned that when more human forms of trouble come to call, their only response is revenge.  So, when the ruthless and intemperate killer, Klatch Bordiaz, and his band of outlaws attack their village, murdering, burning, and pillaging, the town’s elders immediately form a posse to hunt the scoundrels down. The posse includes Kane Moss, a favored son of the mountains and an experienced traveler and fighter; Mountain Griz Bolen, so named for his immense strength and stature.  He is indestructible and forever lovable; Ellis Cade and Jed Thompson, bear and buffalo hunters with fearsome reputations.  Truly the silent mountain man types; Zack Dawson, a miner and expert on gunpowder and Sarah Jane Hawkins, strong, fierce and determined enough that no man would stand in her way to be part of this blood hunt. All of them have lost someone or been somehow wronged in the raid and the desire for vengeance burns deep. Still, with a long and twisted trail ahead of them and more than 30 gang members waiting at the end of it, the small posse from Snowy Point have their work cut out for them. Matters get even more dangerous when Klatch hears of their pursuit. The mountain posse must contend with ambushes, false trails, and a long journey through hostile Native American territory. Death and hardship are no strangers on the frontier.

From the high country of Wyoming, through the great sand dunes of southern Colorado and across the New Mexican and Texas high plains to the raging Pecos River the settings are beautiful and picturesque. This fast- paced story is governed more by a sense of adventure than one of misery. Indeed, even the deaths of posse members don’t cause the others to pause. There’s time for comedic interludes and even a burgeoning romance between Kane and Sarah Jane. There’s plenty of gunplay, long rides, bar fights, and bloody revenge. The lead characters of this story are not your typical western heroes. They are common folk raised in the Medicine Bow Mountains of Wyoming. Somewhat isolated from the bustling activity of the westward movement, they are naïve about life beyond their mountain village. They have their own code of honor and will not be wronged by anyone without great consequences.  My tale of reckoning follows their efforts to seek revenge on a murdering band of marauders from Texas and Mexico. Going against the customs of the time, one member of the posse is a young woman who is bound to have her revenge for the loss of family. Sometimes humorous and rollicking, at other times deadly serious, they move forward through blunders, false leads, and marauding Indians. Relentlessly, they struggle forward to have the revenge their village elders have charged them with.

Kane Moss default leader of the posse is of mountain-man descent with an Irish background. Hard headed and determined, he makes blunders, but always seems to come out on top. He has rambled the west and knows his way around. He is a tall, broad shouldered cowboy with a large ornery horse that can be a hand full. Kane's temper is slow to rise, but when it does, people quickly move out of the way. He enjoys a good knock down drag out as any good Irishman would, but has a high level of respect for the elderly and for women in general. He is the leader of the small posse that pursues the dangerous band of marauders led by the infamous Klatchard Bordiaz.

Sarah Jane Hawkins is the female member of the posse. She is a woman of Indian ancestry. She is taller than the average man, hot-tempered, and very strong-minded. Men are a little shy of her because they think that it would take more than an ordinary man to meet her expectations. Her determination to join the posse and hunt down murderers was out of the norm for a woman of that time, but it made no difference to Sarah Jane. She had lost a brother and sister in the attack. Nothing was going to stop her from having her revenge on those that murdered her family.

"I'm fine, dammit!" Sarah Jane gritted through clenched teeth. "I'll kill that little bastard if I get half a chance!"

Klatchard Bordiaz is the leader of the murderous gang headed back to Ojinaga, Mexico from a cattle drive to Montana. He is intemperate and holds nothing but hatred for those who have worked hard to earn a fair living. Bordiaz, the product of a gang rape on his drug and alcohol addicted mother, who worked in a cantina in Ojinaga, killed his first man when he was fourteen.  He then went on to organize a ruthless gang that ruled the area around Presidio, Texas, and Ojinaga, Mexico. The list of those killed or maimed by Bordiaz and his gang is very long.

Autographed books may be obtained directly from the author at:

Copy and paste in your search window.

Available in E-book format from

$1.50 with half price coupon. Coupon available at Smashwords